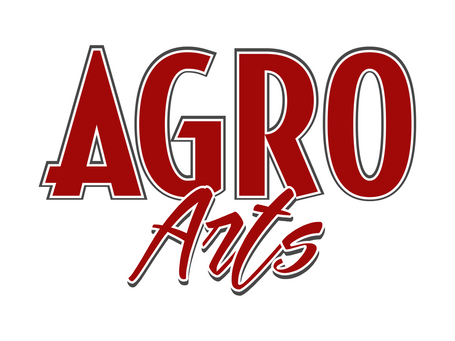 As part of B.C. Lions Society for Children with Disabilities charitable campaign, the B.C. Lottery Corporation asked us to create orcas which represent the themes of casino games, bingo and lottery tickets. Tons of detailed airbrushing went into these and we even created custom sculpted bases in the shape of their logo which looked like splashing water. We also had the privilege to create an orca for Vancouver's William Tell Restaurant which featured iconic Swiss images and symbols along with British Columbian/Canadian imagery to showcase the client's heritage. In keeping with the William Tell theme we sculpted and mounted atop the orca's head a giant apple with a bite taken out of it, an arrow piercing through and a barrel flask in its mouth! 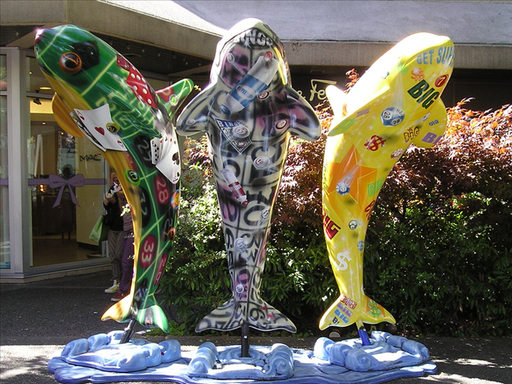 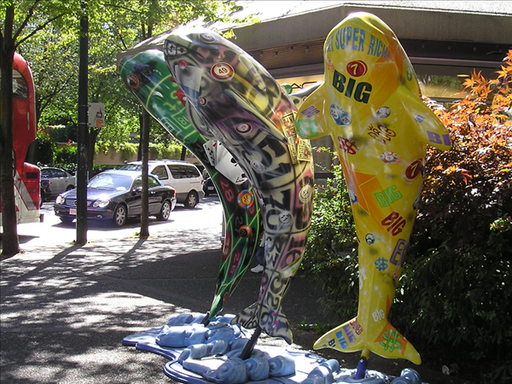 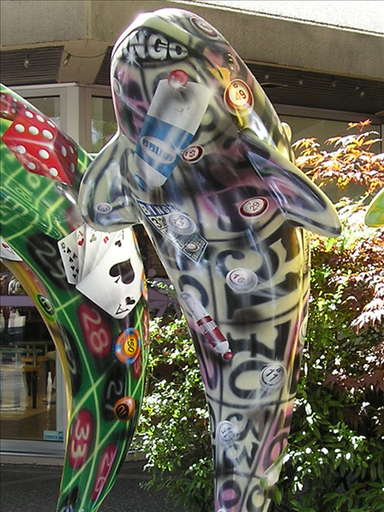 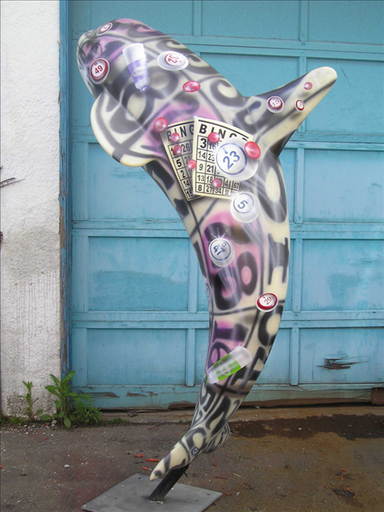 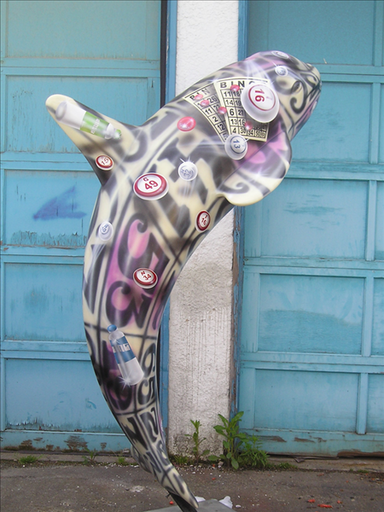 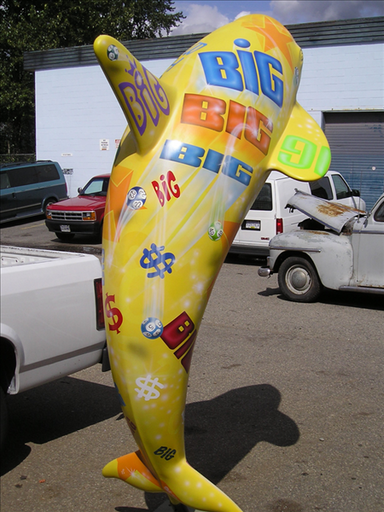 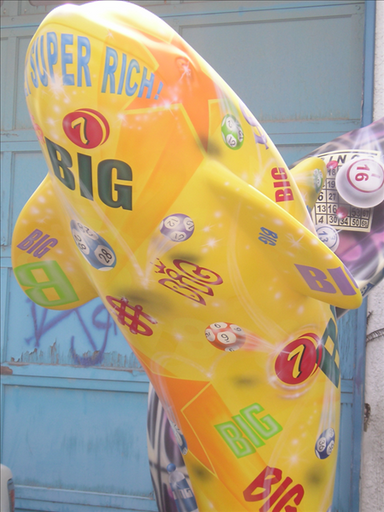 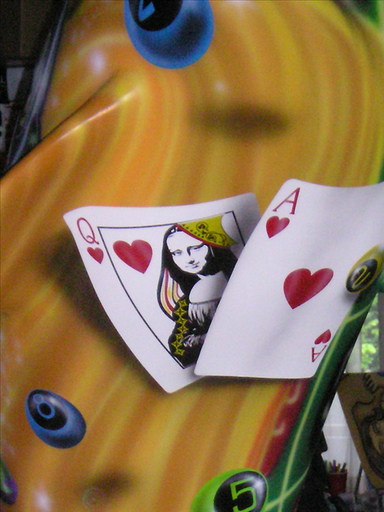 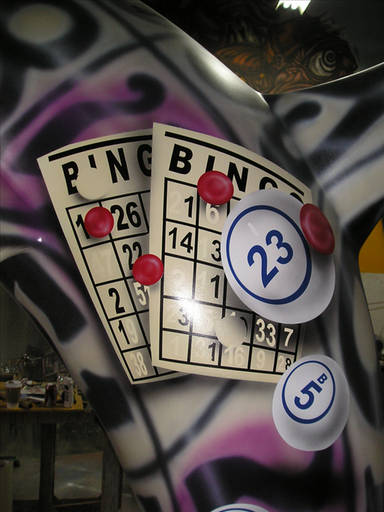 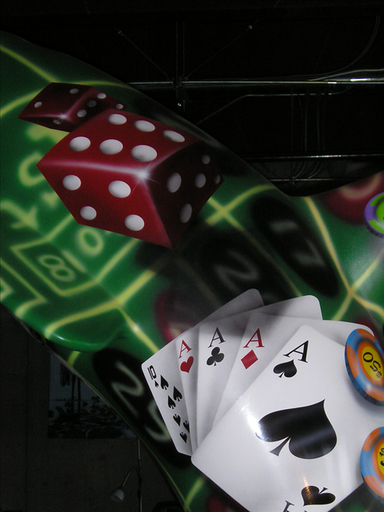 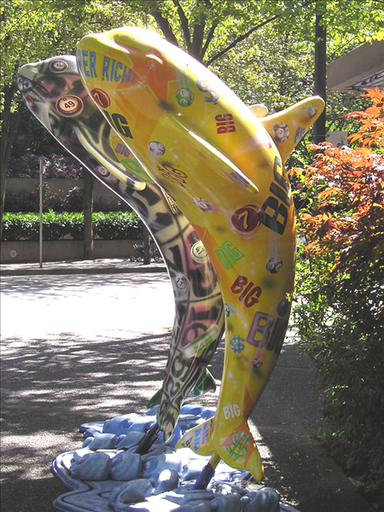 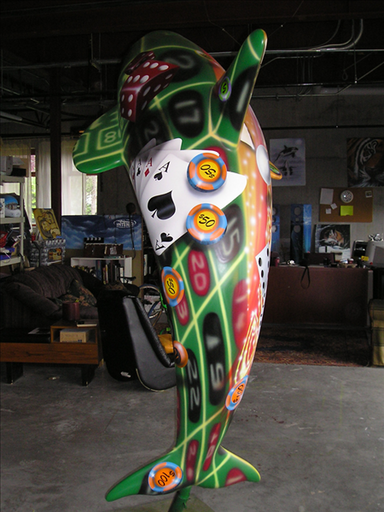 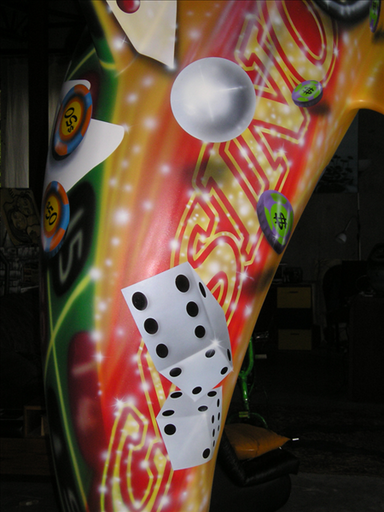 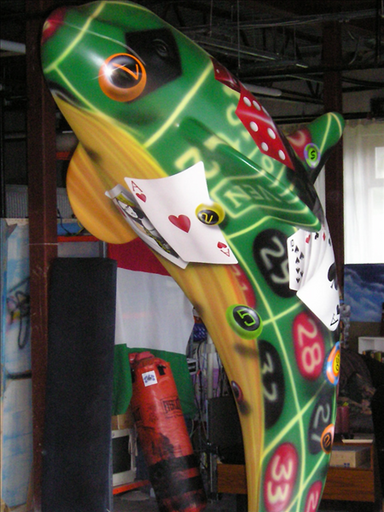 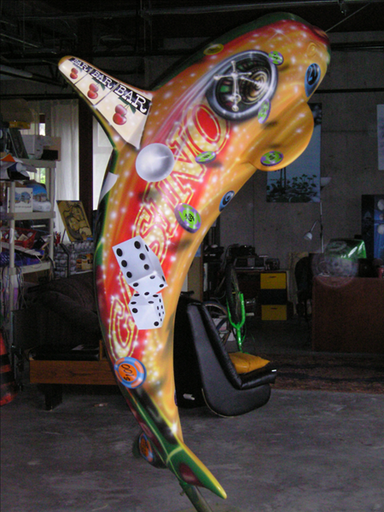 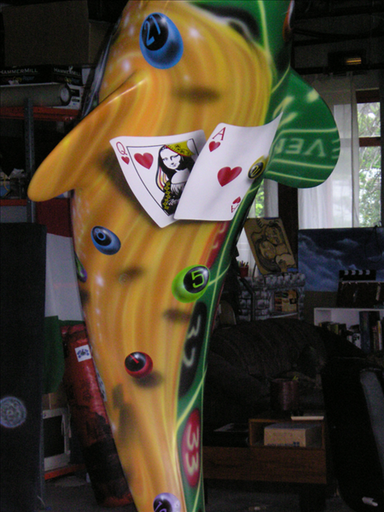 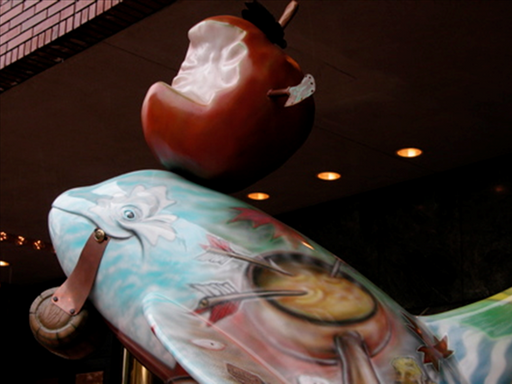 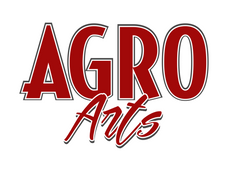